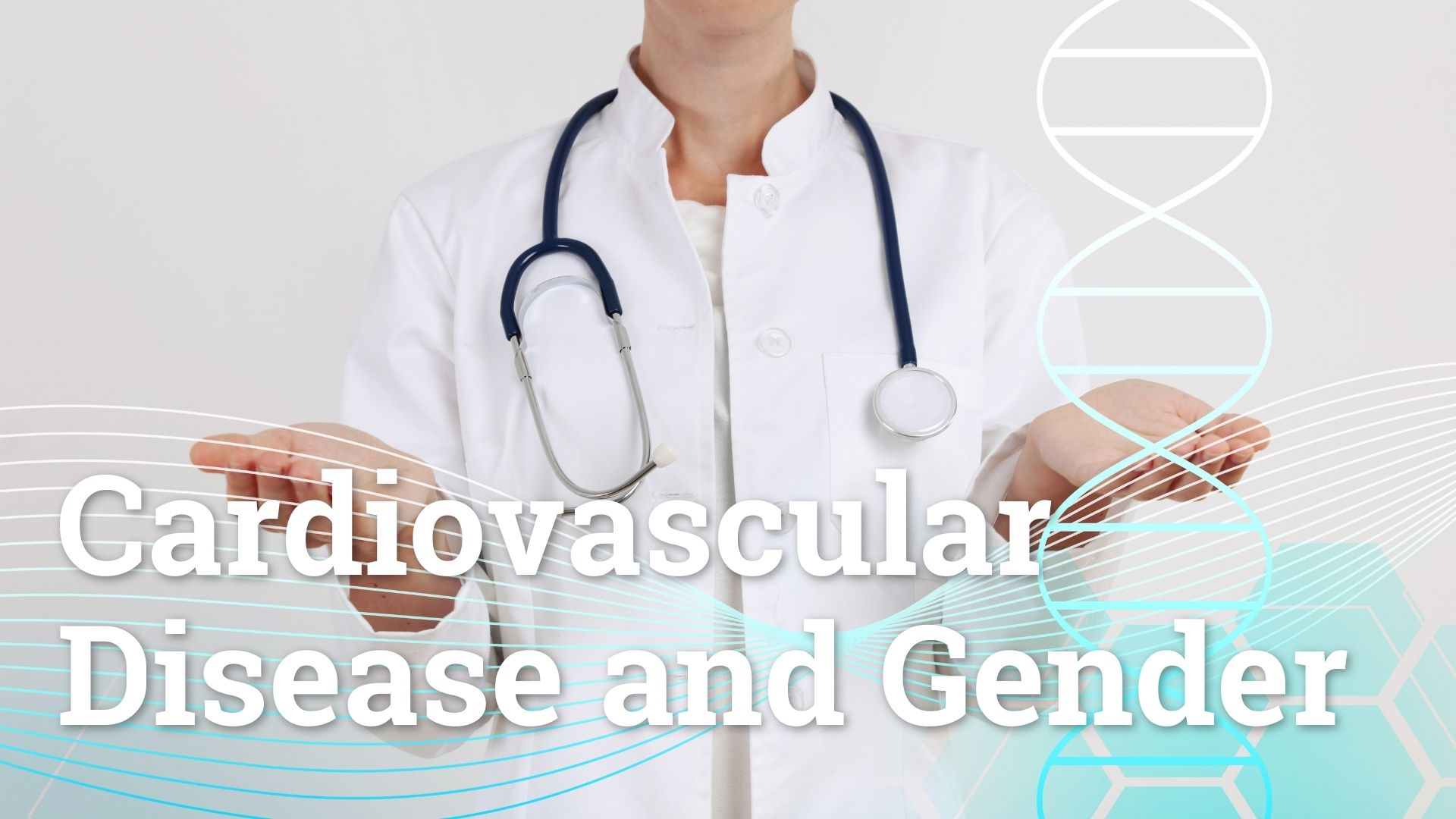 Cardiovascular Disease and Gender: The Risk Factors and How Diagnosis and Treatment are Not Created Equal

While cardiovascular disease remains the leading cause of death in the United States according to the Centers for Disease Control and Prevention, its diagnosis and treatment are not always created equal in men and women. In fact, the risk factors among the sexes don’t always look alike. This important distinction often goes under-recognized, much to the detriment of women.

Heart disease, or cardiovascular disease, shows up, on average, at age 65 in men and age 70 in women. Since the 1990s, the majority of clinical trials were conducted from a male-centric point of view. Even today, only 30 percent of study subjects are women. This study, based on information from over two million patients, determined that physicians prescribe less statins, aspirin, and blood pressure medications to women, as compared to men.

Because of their smaller bodies, women’s hearts and arteries are smaller than men’s, and their blood vessels are narrower, which causes heart disease to develop differently in women versus men. Women can be misdiagnosed with diseases like coronary artery spasm, spontaneous coronary artery dissection (SCAD) and takotsubo cardiomyopathy, all which can mimic a heart attack.

The medical community still endeavors to find more effective ways to treat heart disease, all while trying to understand the differences in how it presents in each gender. Ongoing clinical trials, such as Mary Horrigan Connors Center for Women’s Health & Gender Biology at Brigham & Women’s Hospital, will, hopefully, shed some light on this disparity in the future.

Risk factors contributing to cardiovascular disease in both genders

“The big ones are going to be high blood pressure, smoking, obviously weight, diabetes, high cholesterol, especially in the form traditionally of what we call LDL, or ‘bad cholesterol,’” said Dr. Carlos Jorge, Chief Medical Officer and Co-Founder of Companion Health. “And then there’s some genetics and family history that probably play into that as well.” Metabolic syndrome can also contribute to the diagnosis of heart disease. 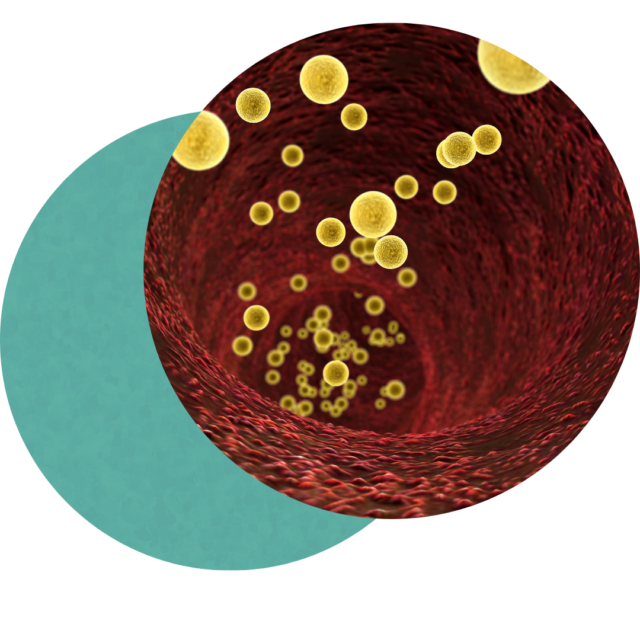 Said Dr. Jorge, “I think when we talk about cholesterol, one of the challenges that we’ve seen is that a lot of people can present to an emergency room having a heart attack, and then it turns out they have, perhaps, normal or fairly normal LDL,” also known as “bad cholesterol.”

“So we have to look at…stress and sleep and your nutrition and all those things, and lack of exercise…But when we look at cholesterol, one of the things more and more we’re realizing is that the pieces of cholesterol, meaning the proteins that make up the bad molecules of cholesterol, probably link more directly to the disease initiation of…atherosclerosis,” said Dr. Jorge.

“With pregnancy, obviously, there’s more demand on the cardiovascular system, in general, for women because, obviously, you have now another body and living organism that you’re sustaining,” said Dr. Jorge. During pregnancy, there is some increase in the heart size, and some women will develop small heart murmurs. “Those are usually reversible, and they go away after delivery,” said Dr. Jorge. “In very rare occasions, there can be what we call cardiomyopathies, which are disorders of the muscle of the heart that can remain after a pregnancy, but that’s usually less likely.”
Preeclampsia and gestational diabetes during pregnancy can also contribute to heart disease, as can diseases such as endometriosis and PCOS.
Stress, anxiety and depression, while they occur in men, are more prevalent in the female population and can directly contribute to heart disease.

Prior to menopause, many women experience higher levels of depression and testosterone. “With menopause, the challenge becomes estrogen and progesterone,” said Dr. Jorge. “There are some cardioprotective effects with these hormones. As women go into menopause, there is an increased risk, all of a sudden, of cardiovascular disease.”

Increasing hypertension during menopause can disproportionately affect women and accounts for approximately one out of three deaths. Autoimmune diseases such as rheumatoid arthritis can also contribute to heart disease. Also, being unaware of the risk factors is a risk factor unto itself.

These issues can lead to less aggressive and delayed treatment in women. Many women never had the discussion about heart disease with their physicians because heart disease is still viewed as a male disease by some. Sometimes physicians misdiagnose women with panic disorder, stress, and even hypochondria.

Childhood trauma – According to the Journal of the American Heart Association, children exposed to physical, verbal or emotional abuse or living with caregivers with substance abuse disorders are 50% more likely to develop heart disease and are at risk for early death as adults than persons with low exposure to childhood trauma. A traumatized child, because they are challenged in dealing with stress, learns coping mechanisms such as unhealthy eating and smoking, which have proven to be major contributing factors leading to obesity, high blood pressure and diabetes.

Social isolation and loneliness – As human beings, we thrive on human connection and social interaction, and we know there’s proven health benefits to meaningful interactions with others. This study cited a 60% to 70% greater chance of death over seven years in people who felt isolated or lonely.

Assessing your risk for cardiovascular disease through testing

“More and more, starting with simple testing that’s inexpensive gives us a nice picture, and that’s, I think, broad-based,” said Dr. Jorge. “If we can start just doing more screening for these things on a wider scale, it lets us stay ahead of the curve a little bit.”

Said Dr. Jorge, “There are, I would say, probably three other bad cholesterols. One is IDL, the other one is VLDL, and the other one is called lipoprotein(a). And those are just based on sizes, if anything else, and density of the cholesterol molecules themselves.”

While LDL, HDL and triglyceride testing are the norm, these standard tests have their limitations. Physicians can also test your apolipoprotein B (apoB) levels, which is the protein that all bad cholesterols carry. They may also run an NMR LipoProfile, which looks at pieces of cholesterol, just with a different technology than what is used to determine apoB levels.

“What studies show is that those link, and are more clearly related to, the development of disease. They tend to be, though, sometimes a little bit more expensive, and that’s where I think the challenge has been. The wider-spread kind of utility of it has not been able to be done when cost becomes an issue. Those things are starting to come down…and are pretty reasonably priced,” said Dr. Jorge.

Your physician also may run a high-sensitivity C-reactive protein (hs-CRP) test to test for inflammation. Low levels of inflammation have been shown to play a major role in atherosclerosis, which is often associated with cardiovascular disease.

“And then there’s another marker that we use called Lp-PLA2, which talks about inflammation of the wall of the artery,” said Dr. Jorge. “If those two are elevated, we say, hey, there’s some risk there, and we want to look and understand what’s driving the inflammation in that artery wall.”
Researchers at Cleveland HeartLab developed the Myeloperoxidase (MPO) test, which helps gauge if plaque, or artery disease, is inflamed or not, and that’s linked to an increased risk of cardiovascular events such as heart attack or stroke.

The Omega-3 Index test is also a common test physicians run. “It is just a nice test to let us know, do you have adequate levels of Omega fatty acids, Omega 3 and 6. So there’s evidence there that we want to have adequate levels of those in your blood to help kind of reduce risk well,” said Dr. Jorge. “One of the benefits of doing an Omega Index is to know, well, should you be really supplementing higher amounts of fish oil. And maybe you don’t need to be if you’re eating, let’s say, a nice piece of salmon or wild cod a couple times a week or eating sardines or anchovies or something like that. Not many people are eating mackerel, anchovies or sardines, so that’s the problem.”

Another helpful test is a coronary calcium scan, which visualizes the arteries around your heart to see if there’s depositing of calcium. Said Dr. Jorge, “There’s a way to classify what we call ‘plaque burden’ by looking at the amount of calcium that you have in your artery because it tells us that then you have disease, what we call atherosclerosis, in the artery wall. And that’s a risk factor, obviously, for having further events like heart attacks, strokes.”

A relatively inexpensive way of visualizing arteries is through ultrasound of your carotid arteries, called a CIMT, or carotid intima-media thickening study. “It’s a very easy test. Again, noninvasive and no radiation there. And that also helps us look at some soft plaque,” said Dr. Jorge.

Other common tests physicians run are electrocardiogram, also known as EKG or ECG, and stress echocardiogram.

Take charge of your heart health

Janet Cooper Haas is a freelance writer based in Charlotte, North Carolina, with a keen interest in health and wellness. For 26 years, she specialized in medical-legal depositions as a Registered Professional Reporter and small business owner of Cooper Deposition Reporting, LLC.

About the Author: Companion Health